Another man doing the bare minimum – what can you do?

You want love. Real love. Not the watered down kind when he does the bare minimum to keep you hanging on. Here’s how to make that kind of exciting, heart stopping love happen.

(FULL DISCLOSURE: This post contains links to projects I promote and for which I am an affiliate. Because I believe in them so much. I want to share them with you.)

So you gave dating a chance and you met him. He’s a great guy.

He makes you laugh. And he’s pretty good looking. Responsible. Good with money and he cares about his relationship with his family.

After that first month, you were beginning to think that maybe, just maybe, he was the one.

But now…you feel him withdrawing from you. He calls less saying that work is busy and he doesn’t have time.

Where he used to drop in unannounced to surprise you, bringing flowers or your favorite dessert, now it seems you nearly have to beg to see him.

He seems Ok with doing the bare minimum. But you’re not.

This is what you feared would happen

You swore you would never beg another man again. Yet here you are – waiting by the phone wondering if you somehow pushed him away.

What did you do wrong?

Why aren’t you enough to hold a man’s love?

Is it a myth to think that he would want you, pursue you, put his arms around you and never let you go?

You are so tired of rejection and again, you are wondering if there really are any good men left out there.

My heart broke more than once in between my marriage and marrying Rod, my Knight in Shining Armor. I never wanted to go there again so I was at a loss.

I remember that sinking feeling when I felt as if he was avoiding me on his way to becoming a “bare minimum” kind of guy. Here I was, a woman over 50 and I fell into doing all kinds of crazy things to get his attention again.

I would call him 5 times in an hour trying to get him to pick up.

Planning for things to do in my free time would stop just in case he called and wanted to go out.

I began to be totally distracted wherever I went because I couldn’t get him out of my head.

Hey, I don’t want you to get to this place. You’ve been here way too many times and it’s a very lonely, depressing place.

I want you to know that you DO have options. And, the good news is, if you are already building a relationship with this man you are falling for, these options don’t all include walking away.

I SO wish I’d known this sooner. I wouldn’t have wasted so much of my time.

There’s a relationship “secret ingredient” that a man craves in order to feel intense, committed love. Without it, he will always keep one foot out the door, content with doing the bare minimum.

I had to learn this. Why does NO ONE teach this stuff to us?

I had a decision to make. Stop dating…or do something different?

We all know about Relationship Insanity, right?

How do you find the Over the Moon love instead of the ordinary, insecure relationship where he does the bare minimum?

Well, I decided that I was one of those women who was not going to quit. I knew the answers that would help me see into the heart of a man had to exist.

I wasn’t prepared to be someone who filled the “slot” of girlfriend or companion.

I wanted the passion, the romance, his undivided devotion.

Well…I began to search and search. And thank goodness that’s how I decided to approach the challenge of finding love again.

Because guess what! It all paid off when I found the SECRET in a story I happened to come across on-line.

This amazingly simple strategy opened my eyes and gave me some new insights into a man’s heart that I had never had before. And I was inching past 50 by this time.

This “secret ingredient” changed everything for me.

It’s so much more than just attraction and good chemistry.

Most women, and men for that matter, are not aware it even exists.

It’s what separates “like” from “love.” So when it’s missing, a man might be attracted to a woman and even tell her that he loves her, but he’ll always wonder if she really is “The One.”

I want to share a video with you that literally helped me to R.E.L.A.X. with Rod and, I believe, drew him to me in ways he has never been able to explain.

This video will reveal that “secret ingredient” and how you can use it to attract your very own Over the Moon, Never Leave Me Love.

What you’ll discover, like I did, is how to get a man to fully open up his heart to you and only you.

Listen right to the end – or read the text below the video…it’s written in a way that will leave you saying, “Of course! Now I know what to do.”

It will give you new insight into who a man is and how he thinks. Instead of withdrawing and growing distant, he is going to pursue you as you have never been pursued before.

That’s what happened for me. I was (and still am) astounded by these small changes, little words and phrases, absolutely transformed our love.

And, believe me, instead of worrying that he’s going to walk away, it’s an amazing feeling to have a man shower you with love.

For you, lovely lady, I wish to see you living in a loving, trusting relationship that goes on for ever and always, as my sweet man tells me, whichever comes first.

Don’t you DARE give up or assume love isn’t for you. This is a SECRET that is going to help you to step beyond your fears and feelings of being neglected and it’s waiting to show itself to you. Everything you’ve been dreaming about is just a few minutes away. 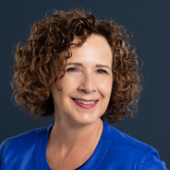 He’s not looking for the Perfect Woman. What A Man Wants is These 3 Things from You Instead…

Why couldn’t he love me? Here’s why.

The Big Question: Should I Join An On-line Dating Site?